Share a memory
Obituary & Services
Tribute Wall
Read more about the life story of Alford and share your memory.

Alford Lashlee, 73, passed away on Monday, August 8, 2022, at Parkview Hospital in Ft. Wayne, IN. He was born on May 4, 1949, to William R. and Kathleen (Haney) Lashlee. On June 5, 1970, he was united in marriage to Sally (Clouse) Lashlee, his Campbell Soup girl, who survives in Parrish, Florida. They recently celebrated their 52nd wedding anniversary. Al adored his wife in every sense of the word and made sure being the best husband he could be for her was one of his top priorities.

He is also survived by a daughter, Christy (Mark) Brassell of Auburn, IN; brothers, Gene (Dickie) Lashlee of Arkansas, and Jerry (Ellen) Lashlee of Tennessee; seven grandchildren, Danielle, Jon, Ashley, Kiersten, Eli, Emily, and Elizabeth; and five wonderful great-grandsons. Al and his wife were heavily invested in their grandchildren and took great pleasure in quality time and planning outings for them.

He was preceded in death by his beloved parents; a son he adored, Jason Lashlee Sr., and his treasured grandson Jason Lashlee Jr. He honored their lives daily and kept the memory of them alive with a cherished love.

Al was a member of many churches throughout his life the latest being Dream Church in Bradenton, FL. He was also a Vietnam Veteran who served in the Navy as a minesweeper and radar operator. Al served from 1969-1972. He then worked for HCR Manor Care in Toledo, retiring after thirty years of service. The Navy offered him the opportunity to travel and visit countries that he would look back fondly on throughout his life, his favorite being Japan. He would often remark about its beauty and culture.

The ocean and diving always called Al’s name. Diving at some of his favorite destinations with his friends and bringing two of his grandsons along for diving adventures was a passion of his. Cruises with his wife, friends and family were among Al’s favorite times.

Al was well versed in plants and flowers. He loved caring for them and taking pride in their growth and cycles. Between long walks on the beach and tending to his garden Al kept busy, and if he was sitting for too long you were sure to get a good story out of him.

Al had a woodshop he loved spending time in, making all types of wood lathe projects for his friends and family. He was also heavily involved in the construction of his own homes throughout the years along with the carpentry he did for his church.

Al built his life around his love and faith in Jesus. He was a pillar in his community and was always involved in counseling and helping others in the faith.

Just like his father, Al was resourceful. Other people’s trash was Al’s treasure. Repurposing something he found was a hobby he enjoyed.

Al cherished his daughter Christy, they were incredibly close. They loved painting together. Christy was heavily involved in their lives; she valued every moment with her parents.

To summarize an entire life filled with love and adventure into a few sentences on a page seem unfulfilling, solemnly we must. Al was a joyous soul full of adventure and infectious love. Keep him alive in your hearts by remembering that being a child at heart makes life far more enjoyable.

Funeral Services will be held on Saturday, August 13, 2022, at 11:00 a.m. at  First Assembly of God Church in Delphos.  Pastors Fred Rowe and Josh Hawkins will officiate.  Burial will follow at Walnut Grove Cemetery.  Visitation will be held on Friday, August 12, 2022, from 4:00-8:00 p.m. at Harter and Schier Funeral Home.

Memorial donations can be made to the Alzheimer’s Association. 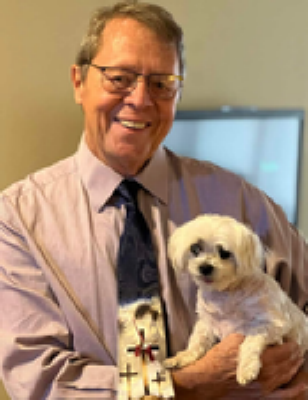