Share a memory
Obituary & Services
Tribute Wall
Read more about the life story of David and share your memory.

David “Bodie” C. Trentman, 59, of Landeck, passed away Tuesday, May 10, 2022, at Parkview Regional Medical Center. On November 27, 1962, he was born in Lima, OH, to Merlin and Patricia (Merschman) Trentman. His mother preceded him in death in 2005. His father and stepmother, Dorothy, survive in Landeck. Dave was united in marriage on May 28, 1983, to Elaine (Bardo) Trentman. She survives in Landeck.

Dave served in the Army Reserves for 27.5 years, retiring in 2007 as a Master Sergeant. He was called to active duty from 2005 to 2006 during the Iraq War. Dave’s military family was important to him as he was very proud to serve his country. In high school, Dave started working for M & W Construction and then went on to work for Miller Family Homes until his retirement. He also helped his Dad and brothers with the family farm. He was a member of St. John the Baptist Catholic Church, a life member of VFW Post 3035, and AMVETS in Bryan, OH. Dave enjoyed hunting, fishing, and spending time outdoors. Most important to him was his family, he especially enjoyed spending time with his grandchildren.

A Funeral Mass will be held at 11:00 a.m. on Monday, May 16, 2022, at St. John the Baptist Catholic Church in Landeck. Father Albert Beltz will officiate. Burial will follow in St. John the Baptist Catholic Cemetery. Military rites will be performed by the Delphos Veterans Council. Visitation will be held from 2:00 p.m. to 8:00 p.m. on Sunday, May 15, 2022, at Harter & Schier Funeral Home with a Wake Service at 7:30 p.m.

Memorial contributions may be made to the Ryan Trentman Memorial Pig Show. 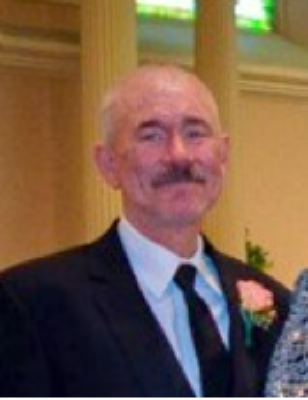